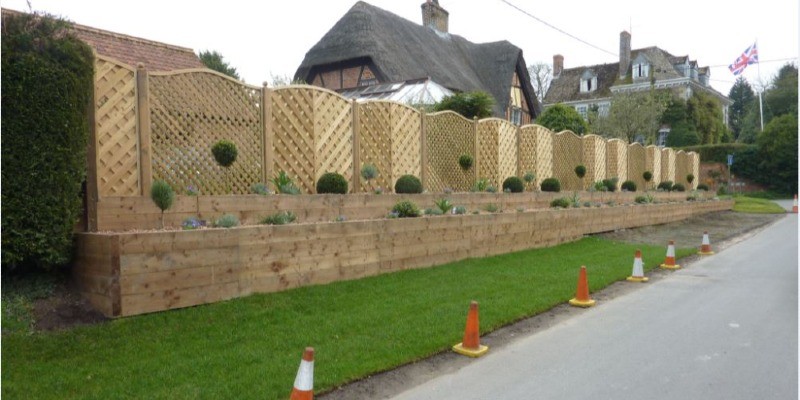 The property owner had been removing and overgrown conifer hedge at the property (something that didn't need permission) and the roadside bank collapsed.  They therefore had to work with their contractors to create a supporting structure and decided on a railway sleeper structure with planting on the terraces and a lattice fence on top of that.  It was felt that this was an appropriate option having regard to the sensitivity of the site (which was not only listed but also in a conservation area) and they received many supportive comments from local residents of the work carried out.....however one complaint was lodged with the council planning enforcement team.

We new getting planning permission was not going to be easy and as such we recommended some changes by re-introducing an evergreen hedge to the top terrace to help soften the appearance of the fencing further.  During the course of the application the conservation officer raised objections but RCC negotiated with the planning officer to a point where he was willing to support the application and permission was granted under delegated powers.  A great result for our client and RCC.