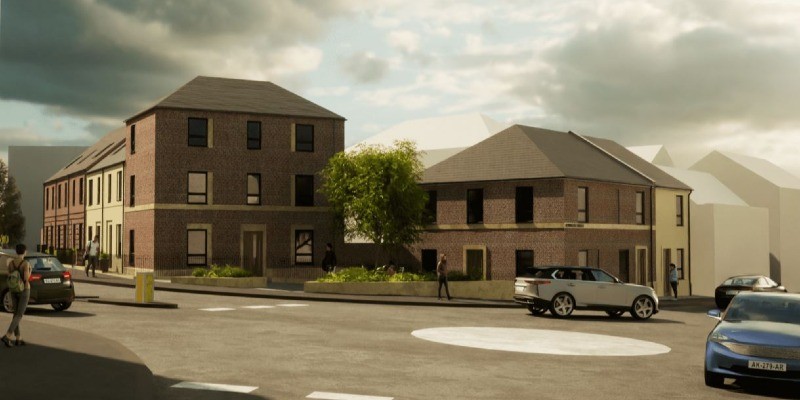 We had previously been involved in a more intensive proposal for flats on this corner site but our clients had asked us to pursue a different proposal for houses rather than flats.  RCC worked extensively with the architects and the clients on what turned out to be a more complex proposal even though there were less unit numbers.  There then followed negotiations with the local  planning authority which include planning, urban design and conservation officers and finally we now have the approval .  We are delighted with the resulting development and look forward to seeing the site being built out.