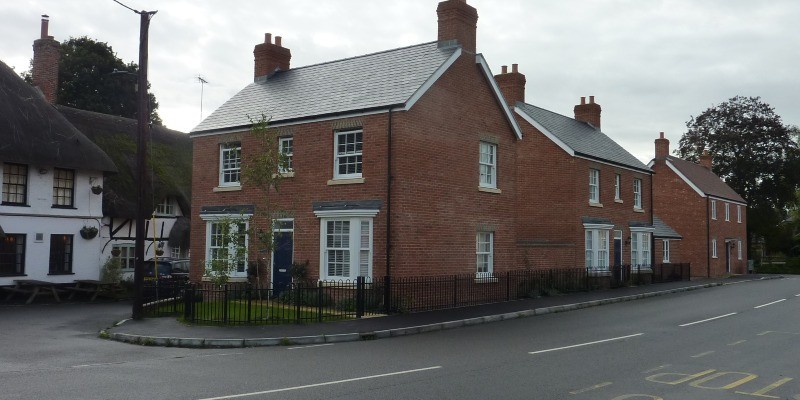 The application was a very difficult former petrol filling station site that was multi-sided, right in the middle of the village, right in the centre of the conservation area and surrounded by listed buildings.  There had been previous unsuccessful attempts to development the site but when RCC were brought in we were able to work up a proposal with an architect and we managed to attain planning permission for these dwellings (plus another one around the corner).

It is often that once planning permission is granted we aren't involved in the next stages of the development being built out so it was great to see this one as we were heading to another site visit for our next proposal.