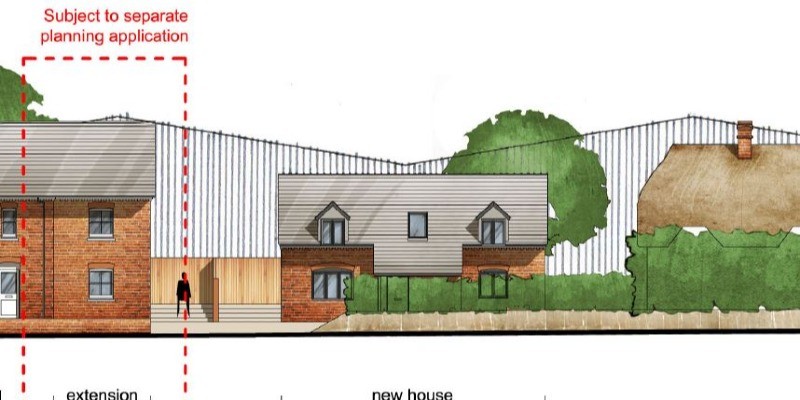 This was was a very large garden for an end of terrace property and as such it was an obvious infill plot for a new dwelling.  However, at the far end of the garden and right on the boundary was the neighbours thatched cottage.  This was not only a listed building but it also had a first floor window in the gable end looking right into the garden of the application property.

Various option for the site were considered but in the end it was proposed to add a two storey extension onto the existing house and then propose a single dwelling in the garden that didn't dominate the listed building and also dealt with the neighbour impact issues with that gable end window.

The careful consideration of the siting, scale and design of the development has resulted in a delegated approval withe the full support of the conservation officer.