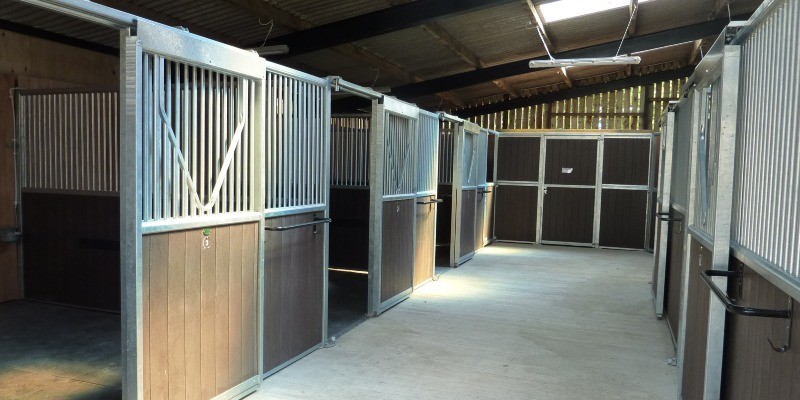 This large scale equestrian proposal involved the change of use of Buryhill Farm (a former dairy farm that was no longer operational) to a livery and riding centre for Rein & Shine.

RCC were instructed to act for the client prior to them buying the farm at which stage RCC had detailed pre-application discussions with the highway department as we considered they may have concerns about the adequacy of visibility from the existing access. After an initial objection by the highway officer a negotiated solution was agreed that provided an additional dedicated exit point from the site in a position where there was better visibility. The pre-application response from the planning officer made clear that we would require input from other specialist consultants to address the detailed issues raised.

When the formal planning application was submitted it was therefore fully supported by all the information required by the planners, together with a detailed planning statement prepared by ourselves. This resulted in the application being approved under delegated powers within the Council’s 8 week timescale.

Rein and Shine has become a popular and successful livery yard and riding school. RCC have submitted a number of subsequent planning applications for our clients, including; a second large riding arena, floodlighting for their first outdoor arena and additional stabling.

Before and after photographs

I recently instructed them with regard to what we thought would be a fairly straightforward equine planning application.

As things turned out, it became quite time-consuming and fiddly. Richard and his team took it all in their stride to a satisfactory conclusion. They are easy to deal with, efficient and knowledgeable in their field. I was very happy with the service they provided.

This is the second time I have hired Richard and the team at RCC Town Planning to manage an application for planning permission for my equine yard (www.lucindaferdericks.com). Richard was able to advise and highlight any possible issues before they might occur during the application process. Richard and Rachel were extremely professional and offered a cost effective process leading to a successful conclusion. I would highly recommend this company to you.

We would not hesitate to recommend the services of RCC Town Planning Consultancy. The service provided is friendly and approachable yet highly professional, with the intricacies of the planning process explained simply yet informatively. Their service exceeded our expectations in terms of efficiency, professionalism and helpfulness.